Daniil defeated the American Steve Johnson in the final of Winston-Salem Open: 6-4 6-4.

Daniil had a great week before the beginning of the US Open. On his way to the title in Winston-Salem he got six victories and did not lose a single set. Apart from Steve Johnson he also defeated Mirza Basic, Alex De Minaur, Guido Andreozzi, Ryan Harrison and Taro Daniel. As a result of this success, Medvedev, represented by “Top Five” agency, will move 21 ranks up and will become the World No. 36. This will be his new career-high ranking. It is Daniil’s second title on hard courts this season. Back in January he triumphed in Sydney where he defeated the Australian Alex De Minaur.

“It feels amazing,” Medvedev said. “At the beginning of the week, I didn’t think it was going to be possible because I was playing quite good but I didn’t feel I was at the right form to win a title. I started quite slow the tournament I would say. I could’ve even lost the first match, and finally I won the tournament without dropping a set, which is quite an amazing achievement and I’m really happy about it.”

This Monday Daniil also starts at the US Open. His first round opponent is his fellow countryman Evgeny Donskoy.

We congratulate our player with the victory in Winston-Salem and his new career-high ranking. We also wish him new accomplishments and victories! 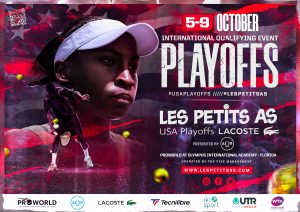